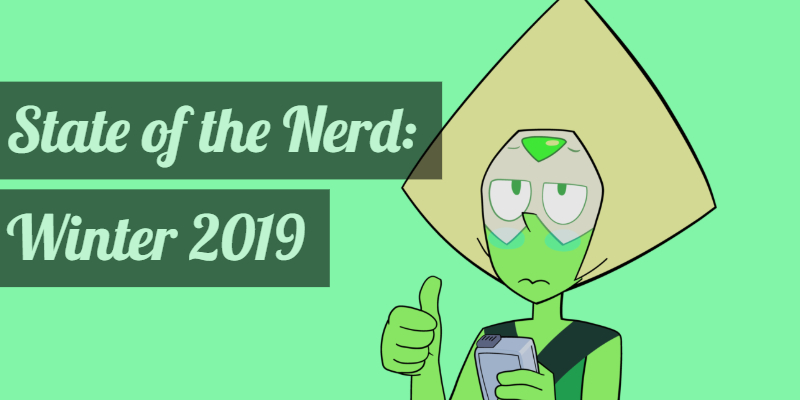 I’ll be honest, I hit a bit of writer’s block with the original post I was writing for this week – and between that and the cold I’ve been battling, it’s been a bit of a rough week.  I’ve managed to get something posted every week so far this year, though, and I really don’t want to end that streak, so I figured I might as well do a State of the Nerd post.  It’s been a while since I’ve done one of these, and I’m pretty sure some of you folks are curious about what I’ve been up to!  So, without further ado… the State of the Nerd!

This winter’s been a particularly rough one, mostly due to the weird weather we’ve been having. I’ve been trying to keep my spirits up with as many nerdy and crafty pursuits as I can, though.

And, well, that’s about all the interesting stuff that’s been going on with me lately.  Here’s hoping writer’s block doesn’t last a second week on that one post I’m trying to write, as I think it’s another one people will really enjoy.