Today was full of cosplay, LARPing, and suppressing fangirl flailing.

First off, Ross and I dressed as Star and Marco today! I look exhausted. XD 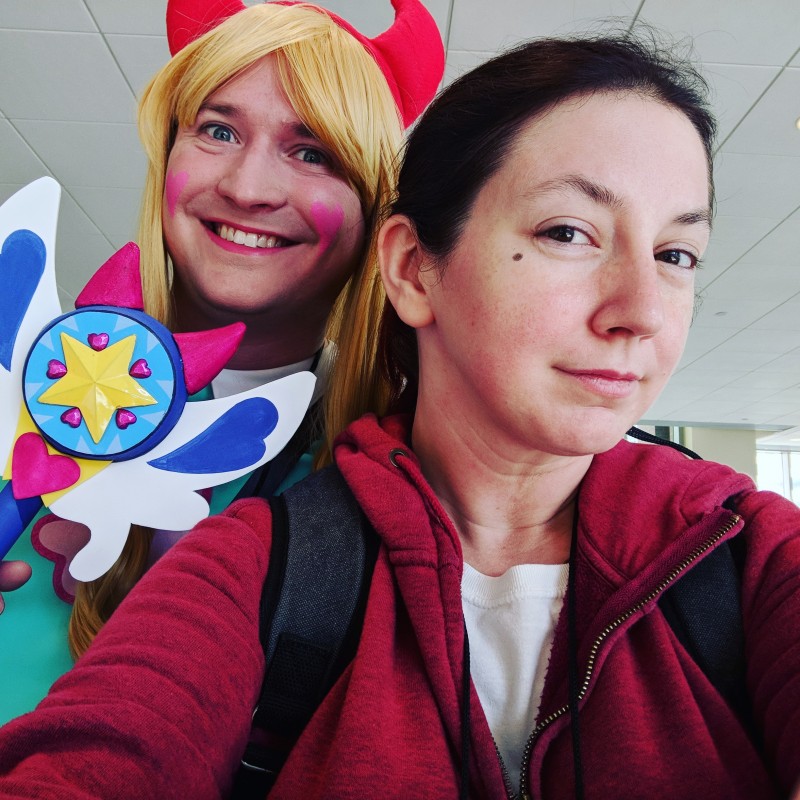 We had lots of fun, and it was a good test run for getting Ross into his Star cosplay for tomorrow. Plus, there was a fair amount of people who recognized us (and gave Ross some strange looks when they realized he wasn’t a girl), which made me happy.

I also got to play in my first LARP at Gen Con! Showdown in Sacramento was today, and I had an amazing time. J and Kasi sure know how to tell a good story. I’ll have pictures from the game soon – likely in time for my post-con write-up.

The best part of today, though, was getting to meet Echo Chernik (note: there is some NSFW artwork on her site), the artist for the Name of the Wind Art Deck playing card Kickstarter I backed last year. I really enjoy her artwork, and we talked about the Kickstarter a bit – and then she pulled out her sketchbook and let me look through some of the sketches she did for the Kickstarter. 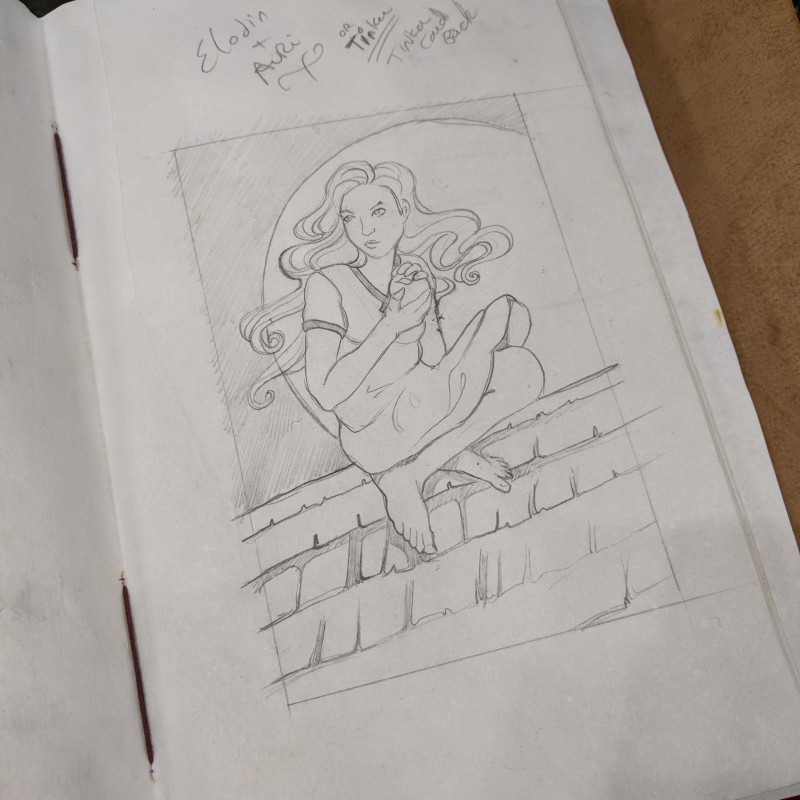 And yes, I asked if I could take a picture of this page, and she said yes. I am so ridiculously happy that I got to meet her. She even signed a card with artwork for me (she’s doing that for all the Kickstarter backers who haven’t gotten their rewards yet!) – I’m going to have to find a tiny little frame for it. 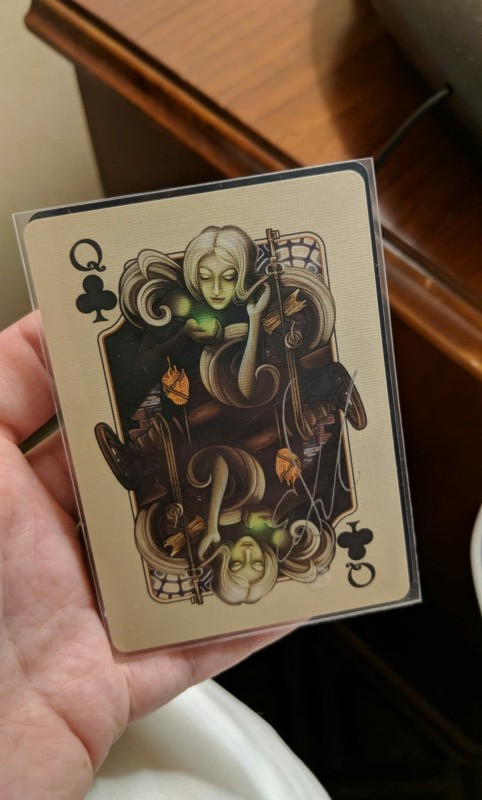 So, that was my day two! Tomorrow is going to be crazy and awesome – I’m dressing up as Sailor Moon, finally! 😀 I apologize for the lack of a post last week and the week before — I’ve been swamped with Gen Con prep.  And oh, there’s a lot of it this year.

For example: did you folks know I’m helping run a LARP this year?  Return to Paragon City (based on the old MMORPG City of Heroes) is going to be my first stab at running a simple LARP, and I’m really excited for it (and more than a little anxious, I’m not going to lie).  It’s been awesome, revisiting the world of City of Heroes as my friends and I put together the story for Return to Paragon City.  I really hope it goes well!

In addition to helping run Return to Paragon City, I’m also going to play in a LARP too – Showdown in Sacramento!  Which actually sold out on the first day event registration was open, which was awesome and slightly frustrating, haha.  Thankfully, the friends running Showdown are the same friends running Paragon City with me, so even if Gen Con hadn’t increased the amount of available tickets, they’d have found a way for Ross and I to get in there and play (probably with a lot of generic event tickets, hah.)

I also spent most of last weekend making Ross the last piece he needed for his Star Butterfly costume – a star purse that came out far better than I expected it would.  And yes, I lined it with My Little Pony fabric.  Would you expect anything different from me? 😉

I’ve only got two days of officially planned costumes this year, Marco Diaz from Star vs. The Forces of Evil and Sailor Moon. I’m excited to be Marco Diaz (and even more excited to see Ross in his Star Butterfly costume!), and every time I think of my Sailor Moon costume I get ridiculously flaily. (As I’m sure you’ve all noticed by now.)  Depending on how I feel on Sunday, I might throw on my “stealth dress” and wander around Gen Con as my Kishar character, Ëlinyr. Or I might wear my Sailor Moon wig and my Crafty Nerd t-shirt!  Who knows.

For those of you who are going to Gen Con, say hi if you see me!  Following is a breakdown of what costumes Ross and I are planning to wear on what days (when we’re not LARPing), so you know what to look for.

And for those of you who can’t make it, don’t worry!  I’ll be posting here and on Twitter daily while I’m at Gen Con, in addition to my usual Gen Con wrap-up posts after the convention.  I’m so ready for this, folks.  SO READY.

Here’s hoping I see some of you awesome folks at Gen Con!