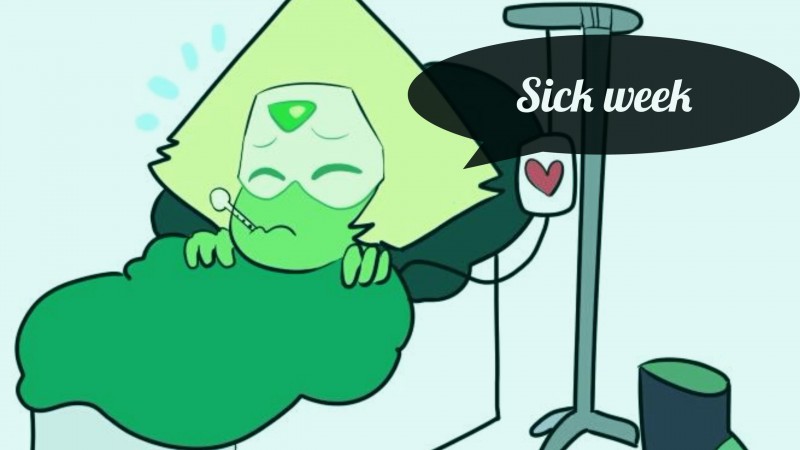 This week’s post isn’t going to have too much substance to it, I’m afraid.  I got sick last Sunday, and ended up in bed for half the week. You know how long it’s been since I’ve caught a cold, even a teeny one?  Two and a half years.  It was a rough week.  I was hoping I’d just be down for maybe a day, but nope – it turned into a sick week.

Yeah.  It was rough.  I wanted to, and I even tried a few times, but after a few minutes I’d flump back down, exhausted and bleary-eyed.  I did end up spending all that time laying in bed like a useless lump somewhat constructively, though: I binge-watched two seasons of Miss Fisher’s Murder Mysteries.

Set in the late 1920s in Australia, the show follows the adventures of Phryne Fisher, a female detective who works with the local police (even though early on they’d rather not have her assistance quite so much) to help solve murder mysteries.  And oh, this show is fabulous.  It passes the Bechdel Test in the first 30 seconds of the first episode!  The show is full of strong female characters, and it seems like more and more keep showing up.   There are only three seasons of it out currently, all on Netflix (if you’re in the USA, at least, not sure about other countries), and while it’s unsure about whether there’ll be a season four, I’m guessing there will be once Essie Davis (who plays the amazing Miss Fisher) is done with filming for Game of Thrones.  (We can hope, anyway!)

The majority of my week was spent curled up under a pile of blankets, watching Miss Fisher, downing mug after mug of tea (earl grey, of course), and whining about how miserable I felt.  I’m still not feeling amazing (stupid sinuses just don’t want to unstuff themselves!), but I feel a little more alive than I did through most of last week.  That’s good, right?

I promise there’ll be a more interesting post next week.  Maybe I’ll finally get around to finishing that crochet pattern I’ve been working on writing…