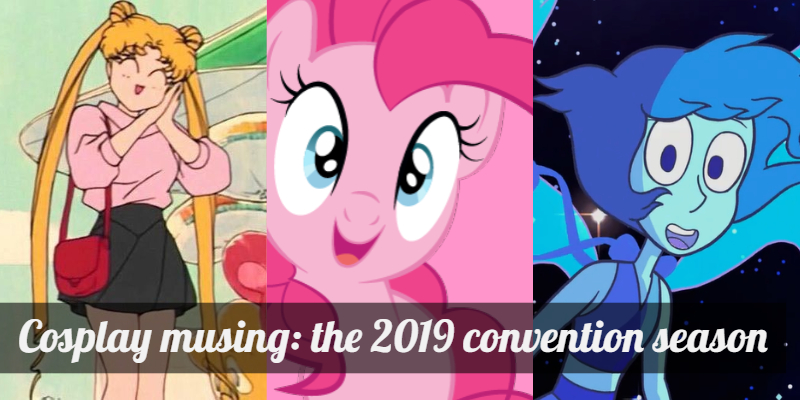 I’ve been a huge fan of wearing costumes, ever since I was a kid – the more elaborate, the better.  Halloween was always my favorite time of year, because it meant dressing up – granted, Halloween in the mid- to late 80’s typically involved those costumes that came in a box, with the weird masks and vinyl jumpsuit things…

Once I got a little older, I discovered the world of more exciting costumes.  I’d try and find something better and fancier than the previous one, because dangit, I wanted to pretend I was someone else for the day.  And once I got old enough to handle a sewing machine with some skill, I started making my own costumes.  They may not have been amazing, but I sure as heck felt awesome in them.  Case in point: my first ever costume, a handmade Princess Toadstool costume from 1997.

Granted, my sewing skills were still pretty limited at this point, so the only part of the costume that involved any sewing was the skirt – but my thrift store skills were epic even at the tender age of fifteen, and I managed to get everything else I needed to put together that costume – gloves, pretty red heels, and a floofy petticoat.  Sure, the crown and brooch were made out of construction paper, and my wig was a cheap one from Spencer’s that smelled horrible, but dangit, I was Princess Toadstool, and I was happy.


Error: API requests are being delayed. New posts will not be retrieved.

Error: API requests are being delayed for this account. New posts will not be retrieved.