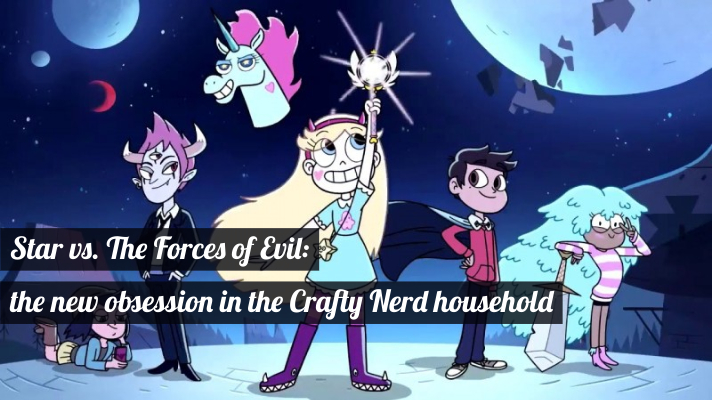 It’s no secret that Ross and I like our animated shows. I mean, come on, we met dressed as My Little Ponies, as evidenced by the following slightly blurry photo of us from Gen Con 2013:

Not only do we share a mutual love for My Little Pony: Friendship is Magic, but we also both really enjoy Steven Universe (in case you hadn’t noticed, hah) — in fact, if it weren’t for Ross stumbling onto the show while I was busy one weekend, we probably never would’ve ended up becoming such huge fans.

Ross and I are both pretty big anime fans, too, although Ross might be more into it lately than I am. Plus, I like my old-school anime a little more, while Ross watches more recent stuff. (More recent than Sailor Moon and Cowboy Bebop, anyway.)

So, it’s only natural that when Ross stumbled across Star vs. The Forces of Evil, we’d both end up obsessed, right? I mean, it’s silly, upbeat, with a great storyline that really pulls you in, which is starting to become more of a thing in animated shows lately.  How could we not love it?